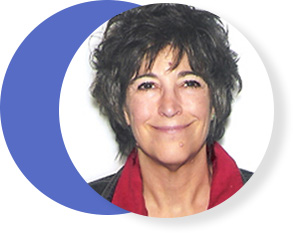 Jane M. Gaines is Professor of Film, Columbia University and Professor Emerita of Literature and English, Duke University. In 2018 she received the Society for Cinema and Media Studies Distinguished Career Achievement Award and before that fellowships to the Radcliffe Institute for Advanced Study and the National Humanities Center. She is author of three award-winning books: Contested Culture: The Image, the Voice and the Law (North Carolina, 1991) and Fire and Desire: Mixed Race Movies in the Silent Era (Chicago, 2001) both received the Katherine Singer Kovacs Best Book award from the Society for Cinema and Media Studies. Pink-Slipped: What Happened to Women in the Silent Film Industries? (Illinois, 2018) was named a Choice Outstanding Academic title. Her articles on intellectual property and piracies, documentary theory and radicalism, feminism and film, early cinema, and critical race theory have appeared in Cinema Journal, Screen, Critical Inquiry, Cultural Studies, Framework, Camera Obscura, and Women and Performance. Most recently she has been engaged in a critique of the "historical turn" in film and media studies and is part of a group researching the internationalization of workers film and photo leagues in the 1930s. 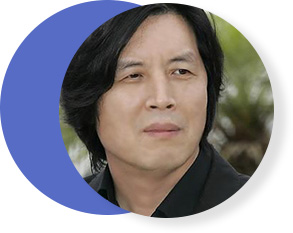 Director Lee Chang-dong will be the keynote speaker in the section of "Cracks and creation: 100 Years of Korean Cinema." As can be seen from his numerous awards at the major film festivals, he is one of the Korea's leading filmmakers. His films have sharply captured the cracks of personal and social life, as illustrated by the ending of catastrophic murder in Burning (2017). Recalling the end of Arirang (1926) which is Korean film history's first masterpiece, we can find that the aesthetics of cracks is one of the traditions of Korean film history. As the two movies are in contact with each other beyond 100-year intervals, it seems like that we can cross 100 years through one good movie like Burning. That's why we are looking forward to his insights and wisdom to be told us on the 100th anniversary of Korean cinema. He is also an elder in culture who served as minister of culture, which is another factor strengthening that expectation.

Gender/Sexuality as Esthetic Impetus
in South and Southeast Asian Cinema 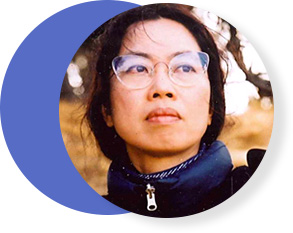 Born in 1952 in Vietnam, Trinh Minh-ha moved to the United States in 1970 and has worked as a borderless artist and intellectual. She is a filmmaker, writer, installation artist and composer. As a filmmaker, she has made documentary and feature films such as Reassemblage (1982), Surname Viet Given Name Nam (1989), Shoot for the Contents (1991), A Tale of Love (1995), and Forgetting Vietnam (2015), which were introduced at some of the best film festivals. She captured the reinterpretation of history and the deep consideration on the politics of difference in her films reflecting her own identity as a woman, a colored people and a Vietnamese immigrant. In addition, as a post-colonial women's studies scholar, she has actively lectured on film, art, feminism and cultural politics globally. She is currently a professor of Gender & Women's Studies and of Rhetoric at the University of California, Berkeley. Trinh will be a perfect match for the forum contemplating gender and sexuality issues in South/Southeast Asian Cinema.